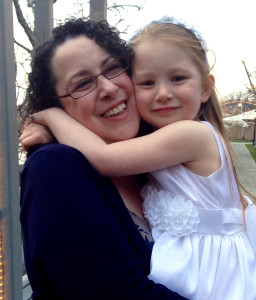 This time of year is a struggle for so many. And for single women who long to start a family, particularly those facing the challenges of fertility over 40, it can be especially difficult.

A woman wrote recently on the Choice Mom discussion board that she was giving up hope. She was unhappy about the loneliness of the holidays, her waning fertility window at 43, not finding a partner, not having an enjoyable job, not having the income to afford IVF or the strength to pursue adoption.

Many of us can relate to hitting that bottom.

Rose is one who responded with these words of hope:

I have been in your shoes. It sucks! It truly, truly sucks.

At 43, I was in a relationship that was a wreck, but I wasn’t ready to leave. I was working as a freelancer with no health insurance. The little bit of money I had in the bank wasn’t even enough to cover fertility testing, much less any treatments. Then, when I was 44, the company I was freelancing for offered me a position on staff. The salary was less than I was making freelancing for them, but the health insurance was excellent. As soon as I was enrolled in the insurance plan, I made an appointment with an RE. Only to hear the harsh reality of fertility in your mid-40s.

I saw several REs, had surgery to remove a uterine polyp (one doctor referred to it as a homegrown IUD), had several cancelled IVF cycles due to cysts, one cancelled due to a lack of response to the meds, and finally limped through one full IVF cycle with my own eggs.

Just two eggs were retrieved, one fertilized and was transferred to my uterus on day 3. I was 45 years old at the time.

That lone embryo from a 45-year-old egg did NOT grow into a baby. But I was lucky enough to connect with someone during that ordeal who had twins from a donor egg cycle. She generously donated her remaining embryos to me. The logistics were complicated, but we made it happen. On our terms.

The first frozen embryo transfer failed. My donor and I were both devastated. But the second try stuck. And at 46 years old, I gave birth to my daughter.

Being a single mom is really hard sometimes. Finances are still not easy. My company is in the process of being sold, and I’m terrified of losing my job. But it’s all worth it. My daughter, who was a tiny clump of cells that were frozen for four years, is now a happy, healthy first grader.

Hang in there. There’s still hope. My one piece of advice would be to try to find a job with a good insurance plan.

All the best, Rose