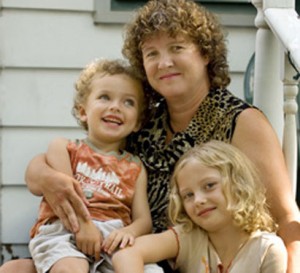 Author Mikki Morrissette is the Choice Mother of two, and a former editor and writer with Time Inc. and The New York Times. She knows thousands of single women who are thinking about this decision or who are active single mothers by choice.

Mikki coined the now widely used phrase “Choice Moms” in her book, Choosing Single Motherhood: The Thinking Woman’s Guide. Her book was originally self-published in 2005; six publishing houses bid on the rights and Houghton-Mifflin re-published it in 2008.

In her past life, Mikki:

Morrissette lived in New York City for 18 years. She returned to her home state of Minnesota when her daughter was 4, where she added to her family with the birth of her son. She is the owner of Be-Mondo Publishing.