Continuing our series from Patricia Mendell — storybooks to share with our kids.

Krauss, Robert, Aruego, Jose, & Dewey, Ariane, Illus., Herman the Helper, It is the story of a young octopus who likes to help everyone in his family as well as others in any way he can from morning until night. Beautifully illustrated for very young children, it is about how one person can make the lives of others better just by the simple act of helping (metaphors for donors and surrogates and medical terms). Simon and Shuster, 1974.

Lazar, Tara, & Britt, S. Illus., Normal Norman.What is “normal?” is a book told by a young “normal” scientist who tries to answer this question through an unorthodox approach which is designed to make the readers rethink what is normal. Her “normal” main character is an orangutan named Norman who turns out to be “exceptionally” strange. Norman speaks English, sleeps in a bed, loves his stuffed toy, goes bananas over pizza, and even deep-sea dives! This book is a humorous look at the wackiness that makes us all special— and a gentle reminder that “normal” can’t ever be defined! Sterling Books, 2018.

Lee, Kyme & Fox, What are Parents, Talks about what it means to be in all kinds of families that are uniquely special on a basic level so that children can understand and not feel like they are alone in being in a non-traditional family. 2004. www.StoryTymePublishing.com

Leone, Katie, & Pfeifer, Alison, Illus., But, I’m not a boy! David has a big problem; she is really a girl named Sarah. But nobody knows and everyone assumes she is a boy. When her parents ask why she is so sad, is she brave enough to tell them the truth? CreateSpace, 2014.

Levin, Barbara Sue. Just the Baby for Me. Helpful for single mothers when answering the question ‘Where did I come from?’ 2008.

Lewis-Long, Carla, Tyler Simone Newman, Illus., Why I’m so Special, A Book about Surrogacy with Two Daddies. Addresses in a whimsical way for young children a complicated subject about how they came to have their child who is so special because of their own determination and hope with the help of an egg donor and surrogate and others. Authorhouse, 2011. 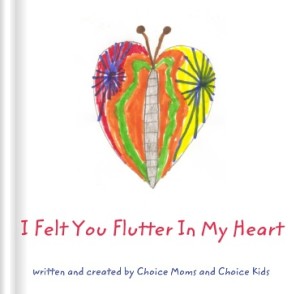 MacGlashan, Stacy, & created by Morrissette, Mikki, (Choice Moms), & Illus., Choice Kids, I Felt you Flutter in My Heart, Single women who decide to have a baby on their own can share this simple story with their beloved children, featuring colorful artwork by Choice Kids. Choice Moms, 2012.

MacLeod, Amanda & Taylor, Sam, Illus., A Very Special Baby. is an introductory story for children ages 5-10. It describes in detail in various versions of family building, exploring the specific help that an intended parent recipient needed. The book has been published in various versions that include: donor sperm for single women and donor sperm for same sex couples, showing pink ribbons for boys and blue ribbons for girls. Only concern is the first page in these books has a poem entitled “Angels” by Anon which should not be read to children; too confusing and has some strange references. If this is removed or bi-passed, the book is a nice addition to this booklist. Self-published; Dreambaby, 2010.

Mason, McNail, & Suarez, Max, Illustrator, Play Free, The book takes a stroll through the life of a gender variant boy who just wants to be accepted for who he is. Statements like girls can were pants and boys can wear dresses want the readers to broader their gender views. The story by helping the readers walk through the boy’s shoes shows the reader him playing house while introducing you to his friends pointing out how everyone is all different but all the same. MaxNmeStudio.com, 2012.

McKee, Alison, & Short, Evelyn, Illus.,   Our Story: For Children Conceived Through Double or Embryo Donation. This is two stories in one as it covers both double donation and embryo donation. It is written by a mother who conceived through both egg and sperm donation so that she could explain this to her child. Donor Conception Network, 2002.

Mileham, Megan, & Voegtle, Ryan, Illus., A Special Beginning. The author is a surrogate mother and wrote this story as a gift to the parents to whom she bore a child. Told as if narrated by the parents themselves, it tells of their love for the woman who agreed to carry their baby, Authorhouse, 2009.

Miller, Jenifer Ingerman. The Turklebees of Turledorf. This is the story about overcoming prejudice, respecting differences, and accepting diversity. The turklebees live in their separate parts of town. They like it that way until one day a little red turklebee goes to Blue School, and things begin to change. Eventually, the residents of Turkledorf realize that for there to be peace, all turklebees must be treated as equals and be protected the same. CreateSpace, 2008.

Miller, Rebecca, & Costa, Edie, Illus., You are a Gift: a Post Infertility-Success Support Tool for Parents. This book is for very young children.   The author speaks in very simple and general terms; describing body parts as broken or missing. Described as a support tool, the book is a starting point for parents to add more details to the story of their child’s conception and birth over time. Trafford Publishing, 2003.

Newman, Leslea, & Dutton, Mike, Illus., Donovan’s Big Day. This book is from the child’s point of view as he narrates his every waking moment as he prepares for his special role in the wedding ceremony of his two mothers depicting the love, family, marriage, and joy of any boy or girl for the marriage of their same-sex parents. Tricycle Press, 2011.

Newman, Leslie, & Souza, Diana, Illus., Heather has Two Mommies. When Heather goes to playgroup, and at first she feels bad because she has two mothers and no father. But then she learns that there are lots of different kinds of families and the most important thing is that all the people love each other. Alyson Publications (first pub. 1989 and anniversary addition 2000)

Oelschlager, Vanita, & Blanc, Mike, Illus., A Tale of Two Mommies. It helps children with two mommies explain to themselves and others how in many ways their family is special like every other family and how to celebrate its uniqueness and not focus on the differences. Written for young children. VanitaBooks, LLC., 2011.

Packard, Robbi Anne & McElroy, Lori Ann, Illus., Two Daddies…and Me. Told in rhyme, this story is written by a woman who was the surrogate mother to a little girl born for a gay male couple. With colorful illustrations and few words, it is for very young children describing a day in the life of this little girl with her two dads, emphasizing that they are a family. The story is not clear about whether the author is a traditional or gestational surrogate and any of the other genetic questions regarding paternity. Ages 2-4, Authorhouse, 2009.

Panzini, Luca & Kramer, Fabri. Some People Have Two Dads. A picture book for children of gay or lesbian parents to help explain to your child about same-gender parents. It is to be used as an educational tool to help your child and other people understand that families come3 in a variety of different combinations (there is also second book for two moms) Ages 2-8. CreateSpace, 2012.

Panzini, Luca & Kramer, Fabri, Some People Have Two Moms, A picture book for children of gay or lesbian parents to help explain to your child about same-gender parents. It is to be used as an educational tool to help your child and other people understand that families come in a variety of different combinations (there is also second book for two Dads) Ages 2-10. CreateSpace, 2012.

Parr, Todd. The Family Book. The author shows us how families can be different from each other in some ways, but how all families are similar as well. Little Brown and Company, 2003.

Phillips, Sarah, & Faust, Laura A, Illus., The Kangaroo Pouch: a Story about Gestational Surrogacy for Young Children. This discussion starter is narrated by Oliver the kangaroo who lives happily with his parents and brother. He tells the story of how his mother one day had the idea to help another family have a baby by carrying that baby in her kangaroo pouch. Written by a mother to help explain her decision to become a gestational surrogate to her children. Very nice illustrations. Ages 2-6, Trafford Publishing, 2007.

Pinkas, Shosh, and Filipone-Erez, Illus., Gal and Noah’s Daddies.This is the only book that is written by a grandmother of two granddaughters born to two dad’s through the help of two special women via egg donation and surrogacy. Grandma Shosh wrote the book to not only help her granddaughters understand but others as well (teachers, other children, parents etc.) how her granddaughters were born to two fathers and no mother. The book is written in English and Hebrew. Ages 3 & up, CreateSpace, 2013.

Polacco, Patricia. In Our Mother’s House. Describes how a family can have two moms and no dad; how a family can be full of love even when their different. Author is a wonderful story teller whose books are written from her personal life and experiences for children (ages 3-12). Philomel Books, 2009.

Poston, Karen. A Baby for Mabel and Frederick. Emma’s mom is a gestational carrier and Emma has mixed feelings about it, sometimes, wishing that the baby her mother is carrying was her new brother or sister, worrying about all the doctor visits her mother has to make, and also sometimes having to explain to her friends that her mother is carrying the baby for another family. This story is narrated by the daughter of a gestational carrier and is also available in a version narrated by a boy as well as a coloring book version, Ages 4-8, Lulu, 2005.