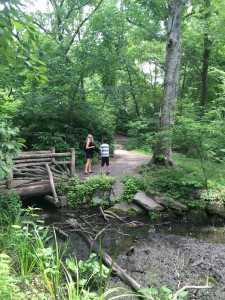 I recently returned from a week-long road trip with my kids — one of my favorite things about parenthood. It was a functional tour, visiting 10 college campuses in Boston, New York and D.C. in seven days with my 17-year-old daughter. But we also found time for fun: science museum, Central Park, Cirque de Soleil, hotel swimming pool, the quirky O Mansion of hidden doorways.

So a bright spot for me was being in National Zoo in D.C. on Father’s Day with other Choice Mom families, many of them with kids under age 7, when life still consists of a regular weekend diet of family entertainment. Father’s Day is a great time for Choice Moms to gather. The D.C. outing, organized by Jessica, is in its 12th year as a Father’s Day ritual. [Here are other Father’s Day suggestions from our Choice Mom archives.] I was only sorry that long-time Choice Mom sponsor, Dr. Rani Abbasi at Columbia Fertility Center, was stuck at work and unable to join us. 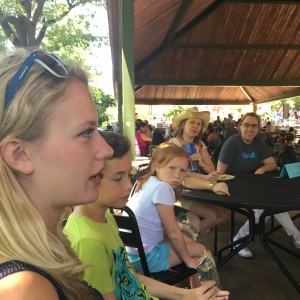 I felt privileged to have my kids — NOT ME — center stage to talk to families about what it has been like, elders that they now are in the community, growing up in a Choice Mom family. They discussed many aspects of the Daddy Question and growing up with one parent.

Questions they responded to, from kids and moms: Do you get teased? What men play a positive role in your life? Would you ever have kids as a single parent? (My daughter honestly responded that she doesn’t understand why I gave up a six-figure income to downsize and have kids in the first place. My son replied in his sincere way that he thinks it would be too hard to take care of kids alone.) 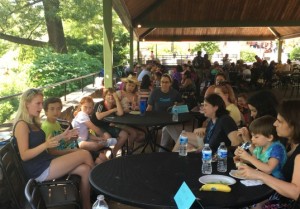 Overall, the message my kids shared was that being a Choice Kid has been largely a non-issue. It’s a matter-of-fact aspect of our life. My daughter said most of her friends have divorced parents, or are already non-traditional, with a large smattering of LGBT in our Sunday morning and school circles. She’s not sure why family structure would matter to anyone. She shared that as a young girl she proudly introduced herself to kids on the playground as a “Choice Kid,” not really knowing what it meant (she heard it from me), but she knew it made her feel special.

Both of my kids have grown up feeling special. It’s a result of being Choice.

While in New York City, I took some early morning time to meet with the two East Coast-educated doctors who have started up the new CCRM fertility clinic on Seventh Avenue, an offshoot of the Colorado clinic launched by the notable Dr. William Schoolcraft. I was referred to them by one of Choice Moms’ strongest supporters, Eric Kendall at Seattle Sperm Bank. 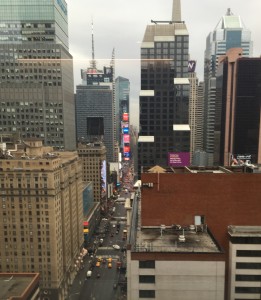 Dr. Janet Choi and Dr. Brian Levine have purposely set up a clinic in a midtown office location. It’s professional without being clinical, with great window views. I had a tour and hour-long conversation with them. Dr. Levine struck me as a smart young doctor who wants to bring a new energy to New York’s fertility practice. Dr. Choi is making connections with the local holistic and psychology practitioners who can give stronger support, in a less paternalistic way, to New York women.

I hope to be working with the clinic in the near future as a new Choice Mom sponsor to strengthen in partnership our unique blend of fertility resources and bring messages about family-building options to other young urban professionals.

While in Boston, I met with the networking team at Boston IVF about the sizable community of single women seeking family-building education throughout New England. We also discussed collaborating on creating stronger resources and conversations in the future. Stay tuned!

I also had a nice dinner conversation with Valerie and Suzy there (the latter is a friend of mine from our Time Inc. days) who are part of a group of about 20 Choice families that connected when they had infants about seven years ago. Valerie is interested in doing a book about the interesting sociology of their diverse community.