We spend so much energy worrying about whether we will ever be a mom — and how to become one… then question ourselves at times about whether we’re doing motherhood the “right” way… then shuffle from activity to activity with and without our kids… time passes… and before you know it (really)… they are gone, living their own journey. Then what? Emily, long-time Choice Mom from the United Kingdom, wrote this compilation of insights from her empty nest. 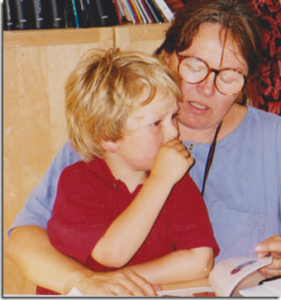 Solo mothering has been my primary identity for 18 years. None of the other elements of my life ended the day my son was born, but they all moved to the back seats, jostling each other (and me) from time to time, but basically he has been the centre, and everything else fit in around him.

I can’t express adequately the wonder and joy of having him in my life. I feel privileged and lucky that I had the opportunity… that I
had the child I did… and every aspect of it, even the tears and terrors.

Was it worth it?

Every single second, including the three years on the treatment roller-coaster and all the dashed hopes and despair; the horrendous birth and months of zombiedom to recover; and the three years of broken nights. The happiness my son has brought into my life is immeasurable. Now that he’s on his way to being his own person, the pride is overwhelming.

How does it compare to what I expected?

I remember saying, to those who asked, that I had no idea what to
expect except that my whole life would change forever. That has
proven true. Things that never happened:

What would I have done differently?

What have I learned? 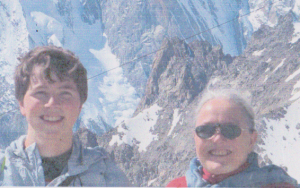 Now I am facing the rest of my life with him at best somewhere nearby, but no longer in the centre of my life needing me right behind him. The emotional burden is lifted by his new girlfriend, so I am no longer his main source of love and support.

I feel quite unprepared.

I have a much smaller circle of friends than I used to have, and I
need to do something about that.

I no longer have a job that provided me with a separate identity,
but I do have several projects, most of them solitary — I need to do
something about that.

Having the house to myself has been great, and I’ve started making
up for 18 years of neglect, enjoying decorating and doing practical
things.

Note for the U.S.

I know the work and money issues are very different in the U.S., and I sympathize with those of you who have no option about part-time work, early retirement and state pensions etc, but the point that does apply is that there are all sorts of ways in which we can adapt our lifestyle and expectations to maximise our experience of mothering. Many of them will set an important example to our children about materialism and consumption.

Celia Dodd, The Empty Nest: How to Survive and Stay Close to Your Adult Child. Her main message is to prepare.

Dodd’s book is in limited supply only from third-party sellers. Other options from Amazon are here.

Notes from the United Kingdom