In these highly popular Choice Chat shows, I talked with people who have special knowledge about what happens AFTER donor-conceived baby turns into a curious child and AFTER sperm donors evolve into curious adults who wonder about the offspring that resulted. Most of these shows — which include information about meeting half-siblings and donors — were produced in 2009, but the information is timeless. 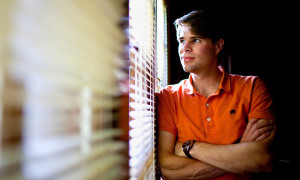 In this powerful show, we talk with Ryan Kramer, then an extremely eloquent teenager who co-founded Donor Sibling Registry with his mother Wendy. (I’m still in touch with Ryan, who graduated early from college and is doing exciting things in the work world.)

We discuss: 1) his curiosity about his roots from the age of two, 2) his own search for his donor, 3) what it is — and is not — that he is looking for in that search, 4) how the Donor Sibling Registry was born and the more than 6,000 matches that have been made since.

He talks openly about the disappointment he felt when he learned of several half-siblings whose parents didn’t want them to know each other. He also discusses the relationship he has since developed with a half-sister. We talked about whether being an only child has an impact on the curiosity. He offers tips for families making contact with half-siblings and donors, and he explains in articulate detail how he hopes the industry will change in the coming years — which requires the participation of the Choice Mom community as one of the largest numbers of consumers.

In this unique, detailed show, we hear directly from a formerly anonymous sperm donor, who contributed for 15 years, about the contact he has now had with a few of his offspring. We talk about how the industry has changed since he provided fresh sperm to infertile couples. He honestly discusses his motivations at the time, the responsibility he now feels for the 200-plus offspring he estimates he now has, and what his experience tells him about the interest donor-conceived offspring have about their donor.

After he made contact with offspring via the Donor Sibling Registry, he admits to confusion about the best way to proceed and talks openly about the issues it has brought to his own family life. He also talks about the value he believes donated gametes have in enabling people to build their own family, despite the complications it can bring.

WHAT DONOR-CONCEIVED ADULTS WANT TO KNOW

A classic concern of anyone who uses donor insemination is how the child will feel about it over time. In this show, we talk with two people who have an intimate knowledge of this issue.

Kathleen is a donor-conceived adult who felt she was special after she learned of her origins when she was eight; since then she has gone to great lengths to learn more about her donor and her background.

Joanna Scheib is a researcher affiliated with The Sperm Bank of California who has done extensive research with offspring who are entitled to meet their identity-release donors. She tells us what they tend to want to know, and what concerns them.

TAKING PRIDE IN OUR FAMILIES

In this 15-minute conversation with New Zealand-based social scientist Ken Daniels, author of “Building A Family With the Assistance of Donor Insemination, we talked about several controversial topics: the diverse make-up of families today, how to talk to children about being donor conceived, the role of the donor in a family’s life, and the importance of being proud and confident about the way we build our families (regardless about whether society wants us to feel some shame or stigma about it).

[pullquote align=”full” cite=”” link=”” color=”” class=”” size=””]I define families very broadly….Families are about loving and caring and nurturing. That can be done by one person, by two people, by more than two people…The way I encourage parents to tackle this [telling the child of donor origins] is ‘I want to tell you about our family history, this is about us as a family, this is how we came to be.’ When I say this to parents it is as if the light goes off and the bell rings….it is so much easier [than separating the child by saying ‘you were donor conceived.’]  [/pullquote]

Thanks to our Choice Chat sponsor 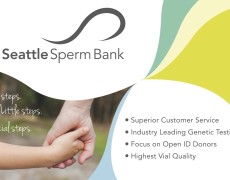