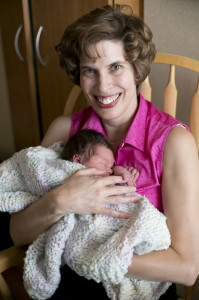 There is a new legislative movement afoot in my home state of Minnesota that would potentially create a committee to study the use of non-traditional conception options available today — in this case, starting with surrogacy, often used for women who have high rates of miscarriage or have had cancer issues that prevent them from carrying a child to term.

As one line in the proposed bill says, “While many families might desire to have a child, no one has a right to a child.” A commission would be created to, among other things, look at “ethical considerations related to in vitro fertilization, embryo transfer, egg and sperm donation, including donor anonymity.”

As the outreach coordinator for Minnesota Catholic Conference put it in her lobbying efforts, “Forming a legislative commission to study surrogacy is one of the best ways to help ensure Minnesota is protecting vulnerable women and children from the unintended consequences of surrogacy arrangements. Women are not for rent. Babies are not for sale.” [bold is theirs]

Among those brought in from out of state to testify at a hearing this week was a young woman who discovered, at age 17, that her parents used a surrogate to conceive her. She has suggested that adoption and foster care are better options for infertile parents. Since that surrogate was paid for her time in carrying to term and delivering, this young woman has said, “When the only reason you’re in this world is a big fat paycheck, it’s degrading.”

So… while I certainly have strong feelings about the “rights” for anyone to have a child… and about how sad it is for this young woman to feel that the only reason she was born was to give another woman a paycheck… let me focus on what the particular concerns around this legislation seem to be.

The stated purpose of the commission is to study the ethics of reproductive technology and make a recommendation to the legislature by next December. If the commission writes a negative report, it would likely lead to restrictive legislation being proposed in 2016.

The make-up of the 12-person commission, as it stands now, might consist of 7 people who don’t agree with surrogacy. A Democratic author of the bill to create the commission believes that many surrogates are subject to financial exploitation because they are paid. Although surrogates were brought in to meet with her to explain that they — and a vast majority of other surrogates they know — do not feel exploited, someone at the discussions indicated that this author does not believe this anecdotal evidence is reliable. The author also indicated that the viewpoints of 40 happy surrogate families in Minnesota who were surveyed is too self-selective to be persuasive.

And that we do not want children to be born into unhappy circumstances of birth… (regardless of whether that was through gamete donation, abusive environments, troubled marriages, abandonment by birth parent, unintended and unwanted pregnancy)

Then it seems the commission is looking for quantitative data that supports the notion that the government does need to decide whether surrogacy — and other third-party reproductive options — is a legitimate way to build a family.

Obviously issues of reproductive technology — including surrogacy, sperm donation, egg donation, embryo donation, gestational carriers, as well as adoption and foster care for family building — have all been studied in the academic setting for years. So in my view, our local government doesn’t need to start that process again and can read some of the existing Resources (see list below) to reach conclusions.

Disclosure to Children at Early Age

We have learned from research on children created from donor sperm that early disclosure to a child of his/her origin story is best. Women like the one mentioned above are often justifiably angry if parents have hidden their own birth stories from them. I have included a study below that explored the feelings of offspring conceived from donor sperm, which noted, “Age of disclosure is important in determining donor offspring’s feelings about their donor conception. It appears it is less detrimental for children to be told about their donor conception at an early age.”

I contacted Vasanti Jadva, one of the authors of that paper, who wrote: “It seems that the person who found out about her birth using surrogacy at age 17 had negative views of this. This is consistent with studies of individuals conceived with donor gametes who have found out about their birth later in life. All the children born using surrogacy in our longitudinal study seen at age 10 were aware of their birth. It is possible that this leads to better understanding and acceptance of their birth, although we have yet to follow them up to know this for certain.”

As we learned from the example of adoption research, which came first, a child becomes a teen who becomes an adult who wants to know more about their genetic identity. Yes. (Although I was raised by both biological parents, I also had a deep desire to understand my genealogy, which I studied from teen years into young adulthood, tracing 16 lines on maternal and paternal sides.)

This is why I support the use of open-identity donors. I also wish all states would open adoption records, as many have. [Interestingly, Minnesota is still one state that does not. I worked on behalf of this for my brother a few years ago.]

Open communication is certainly something that could be better taught to anyone planning to raise a child about any number of issues, as mental health therapists I have talked with over the years will generally agree. But, I don’t think that is part of this mandate.

What the legislation seems to be concerned with creating is a committee that will determine:

1. Are children conceived through surrogacy unhappy?

Obviously, for different reasons, some children grow up unhappier or unhealthier than others.

As we now know from epigenetics, the gestational connection of a child in the womb can have a lot to do with the health of that child into the future. Studies of children carried to term by mothers suffering starvation during wartime, for example, indicate differences in that child well into adulthood. That is one reason many women opt for surrogates, rather than less known adoptive options, to build their family when they are medically unable to do so.

Traumatic step-parenting and neglectful adoptive family homes also, obviously, have an impact on children with biological disruptions from their roots, for different reasons. And as discussed, not telling a child the truth about their origins early can haunt the family dynamic.

Let’s look at the question of how surrogacy might specifically play a role in a child’s unhappiness.

Every aspect of family building has bumps for parents to work out with their children, including those born of surrogacy and those of adoption. As these study results reported: “Although children born through reproductive donation did not differ overall from naturally conceived children, a difference was found according to type of reproductive donation used. Surrogacy children showed higher levels of adjustment problems than children conceived by gamete donation at age 7… It is important to point out, however, that the children in surrogacy families were generally well-adjusted, with the mean SDQ score for surrogacy children lying within the normal range for 7-year-old children. Thus the difference in adjustment that was identified for surrogacy children was not indicative of psychological disorder… In this longitudinal study, the adopted children showed significantly higher levels of behavior problems than a matched comparison group of non-adopted children. Interestingly, the adopted children’s behavior problems had reduced by adolescence, as had the behavior problems of the surrogacy children in the present study by age 10. Juffer & Van IJzendoorn (2005) suggested that internationally adopted children struggle with identity issues earlier than domestically adopted children due to their difference in appearance from their parents. This may also be true of surrogacy children who similarly have to face up to being different at an early age… The findings of the present study add to the growing body of research suggesting that biological relatedness between parents and children is not essential for positive child adjustment.”

Some mothers who are unable to carry their child in gestation — especially those who have suffered multiple miscarriages along the way — can feel emotional distress about that loss that might impact her parenting. This is why Choice Moms E-guides to egg donation and embryo donation include the insights of therapists familiar with reproductive issues, urging that these feelings be discussed honestly with a counselor involved in the third-party reproduction process.

Perhaps the solution for the government, then, is not to use taxpayer money toward additional research, but to enhance mental health benefits to address issues of loss in parenting? (A similar case could be made for disruptions due to marriage dissolution, which also tends to have a negative impact on children.)

2. Do surrogates who were paid for their services feel exploited?

In one study, the children of surrogates were surveyed to see if there was a negative impact on their mother giving birth to a child that was not raised in their household. This study reported, “The children of surrogate mothers do not experience any negative consequences as a result of their mother’s decision to be a surrogate, irrespective of whether or not the surrogate uses her own egg.” Which is good news, of course.

Another study looked at the contractual agreements between surrogates and families, to check those potential impacts. “The primary motivation given for multiple surrogacy arrangements was to help couples have a sibling for an existing child. Most surrogates showed no psychological health problems at the time of data collection.”

I haven’t seen research that explores whether surrogates who are not paid for their time in helping to deliver a child for another family feel exploited.

There are not a lot of studies paid for that examine family origins and family structures in the United States — perhaps a country so vast in these stories that it is hard to dedicate the funds toward that social science in light of other priorities. So we are grateful for Cambridge University’s team in the United Kingdom that has had a hand in so much of the existing research on non-traditional family building. (I had the pleasure of meeting with some of their students at the Centre for Family Research, which did a study of Choice Moms a few years ago as well.)

In the U.S., much research has been done by the non-profit The Sperm Bank of California on the impact of sperm donor conception — on parent, child and donor — over long periods of time, since that has had the most plentiful case history to research. Dr. Joanna Scheib has talked to Choice Moms about much of her research in the past.

While I welcome any discussion of exploitation of women, I’m not seeing the pattern that justifies selective attention on surrogates. (A similar discussion has happened in the past around egg donors, who get paid much more than sperm donors because of the intrusion on their health.)

In terms of exploitation of women, however, we know that sex trafficking is a major issue in Minnesota — 13th highest in the country, the last I heard. For my tax dollars, I see an investment in that to be a better use of legislative time. Feel free to share your opinions in the Comments field, which is below the list of research reports on family building that follows.

Specific to this story

Our Top 6 Therapists on reproductive challenges