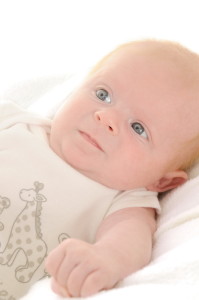 English is not my first language (I’m from South Africa), and I am not a writer, but your site was such a big help during my Thinking  stage, I would like to give back to your readers. Let them know how my Choice Mom journey is going.

February 2011: I reached the point where I was certain about my choice to have a baby. I went to see a doctor. My family was skeptical, and I didn’t feel comfortable telling all my friends.

May 2011: I did an IUI with donor sperm (unknown donor), and the first try was unsuccessful. The IUI route was expensive and emotional, but I tried again the next month, and it was a positive!

My whole pregnancy was a nervous time for me, because I was so afraid of losing the baby. My boy was born in March 2012. A healthy, beautiful boy.

I chose to be alone in the delivery room, but my parents were waiting outside. And since the moment they saw that little boy, they were hooked. I named him after my father.

I also gave him a godfather. I am a Protestant Christian, and I wanted him to be baptized. When he was 3 months, I invited all my family and friends and I stood in front of my whole church, and he was baptized. 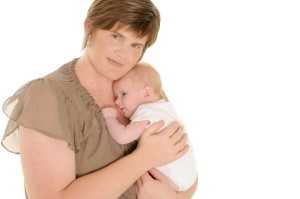 I never made a secret of how he was conceived. But I promised myself that I will only tell somebody after they asked me with respect. People that chose to gossip are probably still gossiping, but I do not know.

I was suspecting bad reactions from my community, but I have only received love and support. I was preparing myself to be alone, but I have not felt alone for one day.

I am sure there will be hard times. And I am sure my boy is going to have questions. But my boy is 9 months old today, and I am living my dream.

I don’t see myself as a Single Mother by Choice. SMC feels like a term some people would name my situation, but I don’t feel so boxed in. I feel like a single girl that happens to be a mother through a planned pregnancy.

I choose not to make an issue of my situation anymore. I am happy. My boy is happy. And I am thinking it might be time to try again; my boy might have a little brother or sister.

My lesson for all the woman out there is: “Don’t let others dictate what you should, or should not do. It’s your life.”

Immediately after my son’s birth I started thinking about a second child.

A second time around ‘should’ be easier, because I knew what it takes to get pregnant. I’ve been through the costs, and I knew to budget for a bit extra. I knew the time I would have to put in, and emotionally I knew what my challenges will be.

With the support of my family, I started the journey a second time. 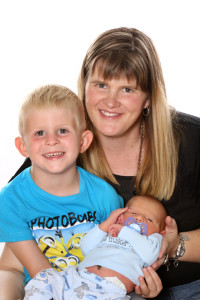 After two years and two doctors, I was about to give up on the dream of a second child. I decided to go see a specialist, because my body was clearly not doing what I wanted it to do.

Perhaps the problem at that stage was more emotional than physical. But two months later I was pregnant with my second child. A boy.

After a long, uncomfortable nine months, I gave birth to my second son on December 2015.

For three years I thought a second pregnancy was for ME. I wanted a second child. But today I know, more importantly, the second child was for my son.

More than anything I did not want him to be alone. I wanted him to have a permanent friend when other kids start asking questions about his father.

My eldest is so proud of his baby brother. He is gentle, and still (after 3 months) smiles when he tells people about his brother. I did not know that a sibling would have such a positive effect on my son.

My boys’ age difference is 3 years and 9 months. Something I thought would be a problem. But instead, FOR ME, the gap is perfect. I am no superwoman and I needed a 3 year and 9 months gap to make sure that both of my sons are getting my attention.

I have been through the Thinking stage more than once. For me it was not a “once” decision. I went back and forth numerous times.

Today, I am glad that I did take my time to think. I took my time to decide on my journey. I could not be happier with my decision.

For me, this is a happy story, but not THE END.

EDITOR’s NOTE: There are many women from South Africa who have been in touch with me about the Choice Mom journey. Use the Comment field below to express your interest in connecting where you are and I’ll help connect you if I can in the upcoming 2016 Choice Mom E-guide to Finding Support. — Mikki

2 comments for “South Africa Profile: From Thinker to Mom of Two”